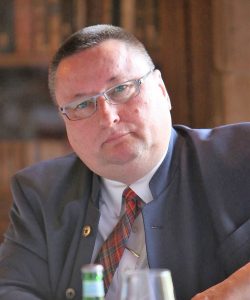 Michael Becker spent his school days in East Belgium and then studied law at the Philipps-Universität Marburg and the Julius-Maximilian-University in Würzburg.

After studying in Thessaloniki, The Hague and a four-month internship in San Francisco, he passed the first state examination in Würzburg in 1978. At the same time, he joined the Institute for International Law at the Christian-Albrechts-University in Kiel.

After passing the Second Legal State Examination in the autumn of 1982, he was initially admitted as an attorney. Three years later, he was appointed additionally as a notary.

In December 1990 Michael Becker was admitted as a notary in Dresden.